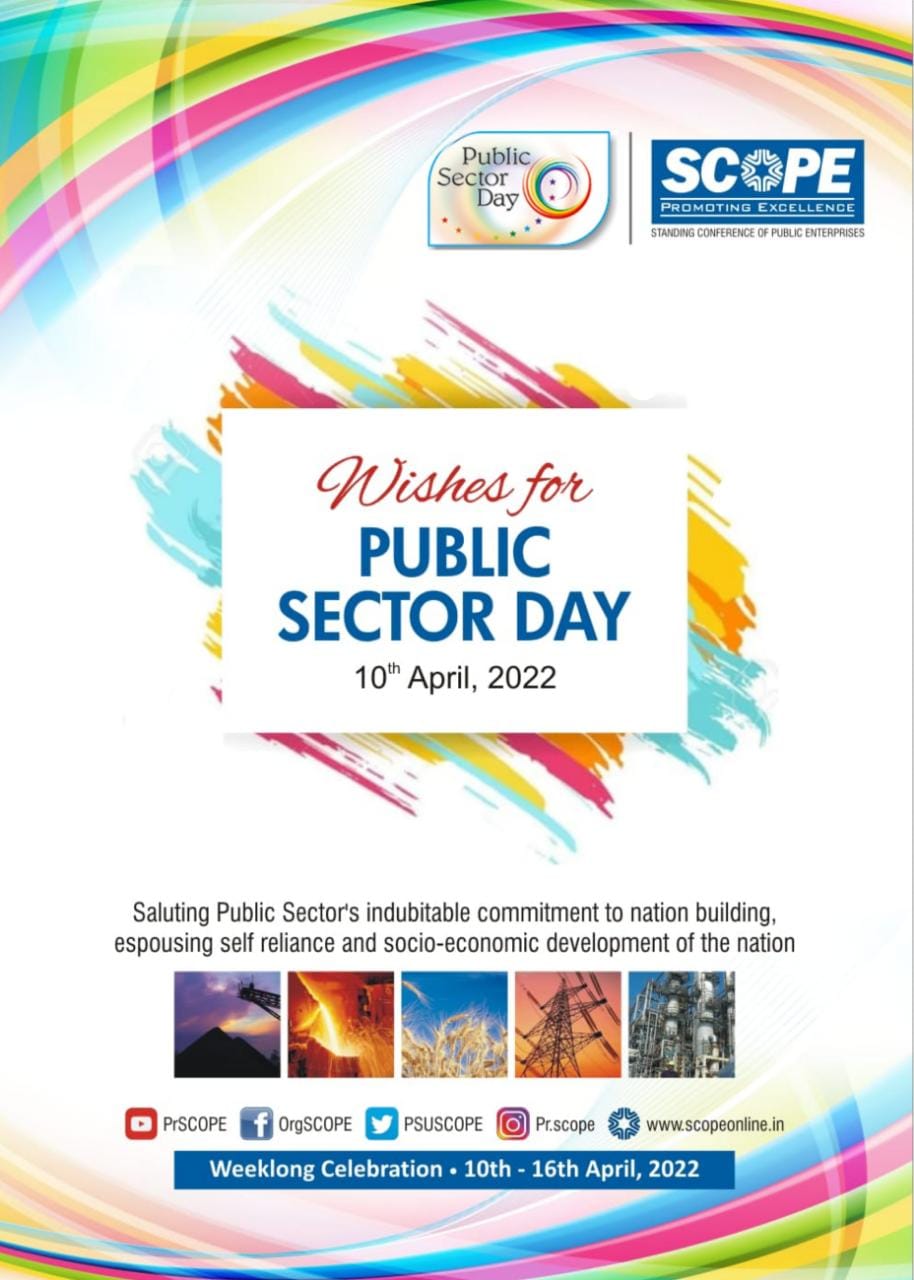 The initiative of SCOPE to organize Public Sector Day has received overwhelming response from Government and great support from the Public Sector fraternity. The Public Sector Day, which is one of the most prestigious events of SCOPE, providing an opportunity to recapture the glorious history, achievements and remarkable contributions of PSEs in our country. SCOPE Meritorious Awards were given by President of India on this occasion which have now been subsumed to SCOPE Eminence Awards.

It has been a matter of pride that the initiative of SCOPE to celebrate Public Sector Day assumed significance over the years and has become a red letter day in the history of Public Sector Enterprises in India. PSEs across the country observe the Public Sector Day in their Head Offices, Regional Offices and their Plants/Units by organizing various programmes, interactive workshops to showcase the achievements, displaying banners, cultural programmes to rededicate themselves to the cause of Nation Building.