SCOPE Webinar on ‘Gandhian Perspective for Value Based Governance’ 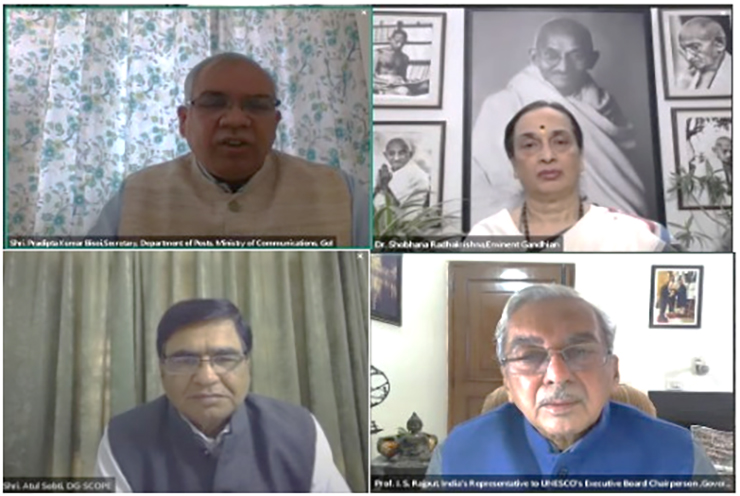 Paying tribute to Father of the nation and in line with Prime Minister’s vision of Swachh Bharat Mission-Urban 2.0 that aims at making the cities ‘Garbage Free’ and replenish natural resources through the 3Rs (reduce, reuse, recycle), SCOPE is celebrating Swachhta Pakhwada in its premises at SCOPE Complex, Lodhi Road and SCOPE Minar, Laxmi Nagar from 2nd October to 16th October, 2021.

Speaking on this occasion, DG, SCOPE shared that, “SCOPE will undertake activities to spread awareness and highlight efforts of Public Sector Enterprises towards Cleanliness.” He added that, “SCOPE has given impetus to nation’s Climate Change agenda and a series of initiatives have been undertaken recently on Climate Change Mitigation bolstering our commitment.” 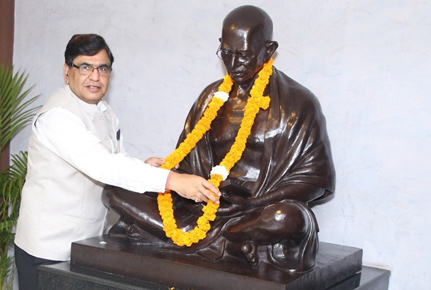 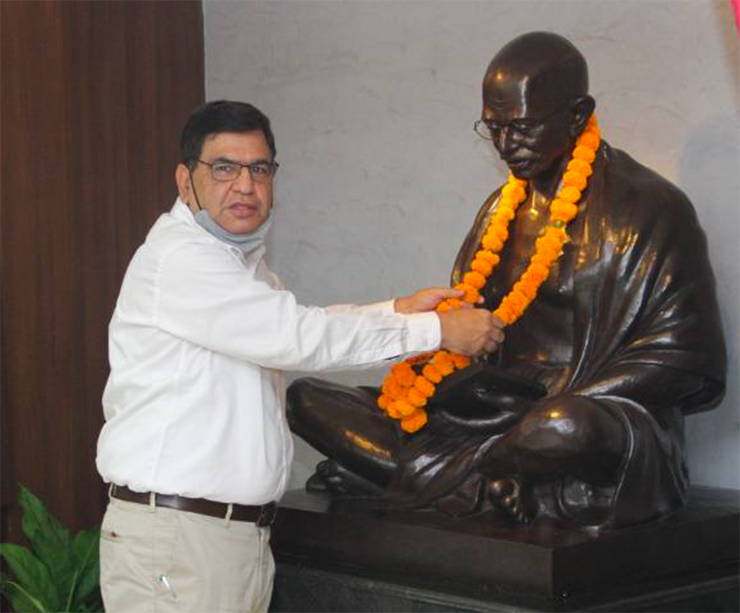 SCOPE Webinar on Learning from Mahatma Gandhi on Public Service

Dr. Anantha Duraiappah in his address inspired by the rationale of Mahatma Gandhi said that while the pandemic has challenged the economic situation globally, it is time to take behavioral inspiration from Mahatma Gandhi to tackle the anxiety and uncertainty surrounding us. He also emphasized the importance of building emotional resilience and providing public service through empathy, compassion and mindfulness.

Mr. Atul Sobti stated that the Father of the Nation, Mahatma Gandhi not only led a life of selfless service but also set benchmarks in leadership, humanity, patriotism and management and in this time of crisis it is only pertinent to follow his teachings. He also highlighted the role of Public Sector Enterprises in supplementing the efforts of the Government and stated that they have been playing a critical role in the same. He emphasized that only public service done in true spirit brings an actual difference in people’s lives.

Mr. S. Sakthimani reflecting on the teachings of Mahatma said that besides public service, one lesson that we must all imbibe is achieving self reliance and manufacture locally to attain self sufficiency and be globally competitive.

SCOPE pays tribute to Mahatma Gandhi, Father of the Nation 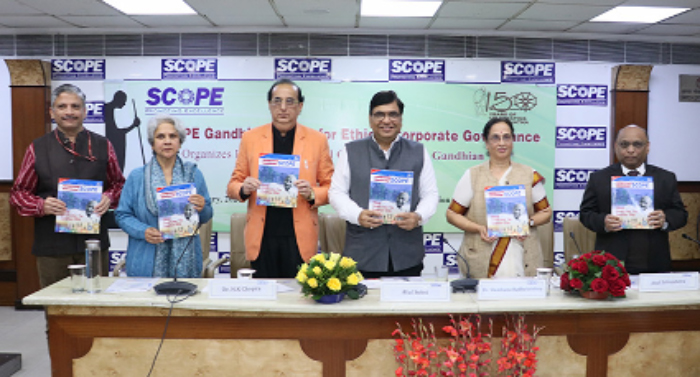 REPORT OF LECTURES ON ‘VALUES, ETHICS AND TRANSFORMATIONAL LEADERSHIP’ BASED ON THE IDEOLOGY OF MAHATMA GANDHI IN CENTRAL PUBLIC SECTOR ENTERPRISES (CPSE) - CLICK HERE FOR MORE DETAILS