As per the directives of Cabinet Secretariat, the Standing Conference of Public Enterprises (SCOPE) and the Bureau of Public Enterprises (BPE) organized an exhibition in Bangalore to show case the achievements of PSU’s and a National Convention of Women in Public Sector in October 1989 in New Delhi. The convention was attended by 500 women delegates from all over India. At the end of the 2 Days Convention the Women felt the need to have a platform for continuous exchange of information/Knowledge and interaction. The then Chairman, SCOPE, Major Gen S.C.N. Jatar as a follow up of this initiative organised a meeting in SCOPE office on 12 February, 1990 and invited PSU’s to nominate Women who would like to take the idea forward and work towards the formation of a structure and an Institutional mechanism.

Thus, the Forum of Women in Public Sector (WIPS) was created under the aegis of SCOPE on 12th February, 1990 with a Central Apex body at Delhi and four Regional Chapters. Dr. Reena Ramachandran, the then GM ONGC and former CMD, HOCL became the founder President of the Forum and other Senior women executives of CPSUs at other positions at Apex & Regional levels volunteered to support this initiative with the following objectives:

12 February every year is now observed as “WIPS DAY” by all enterprises. Along with other round the year activities at Regional and organisational levels, every year a National Meet is organised by APEX body of the forum on WIPS DAY and is held by rotation in each region. Further, the Coordinators in each enterprise are being nominated by the CMD’s/Managements of PSU’s. Currently, there are 87 corporate Life members of the forum consisting of 76 CPSU’s, 5 Banks and 4 Insurance companies. There are about 15000 individual life members of WIPS consisting of women working/retired from CPSUs.

In its more than 30 years of existence, WIPS has emerged as a single largest group of Women in the organised sector. Today as per the direction of DPE, “WIPS cell” has been created by all the CPSU’s. WIPS was also represented in the ILO meet in Geneva and received recognition for its unique character to represent the interest of a large group of Women in Public enterprises. 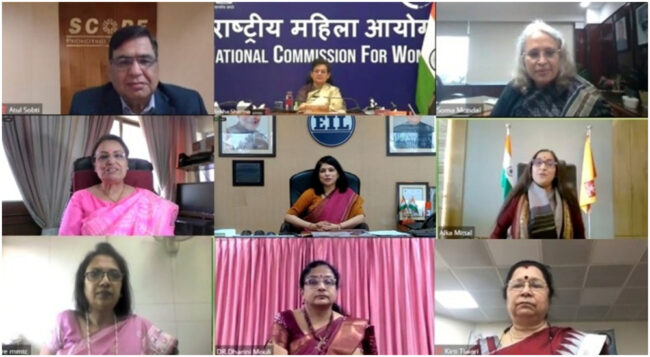